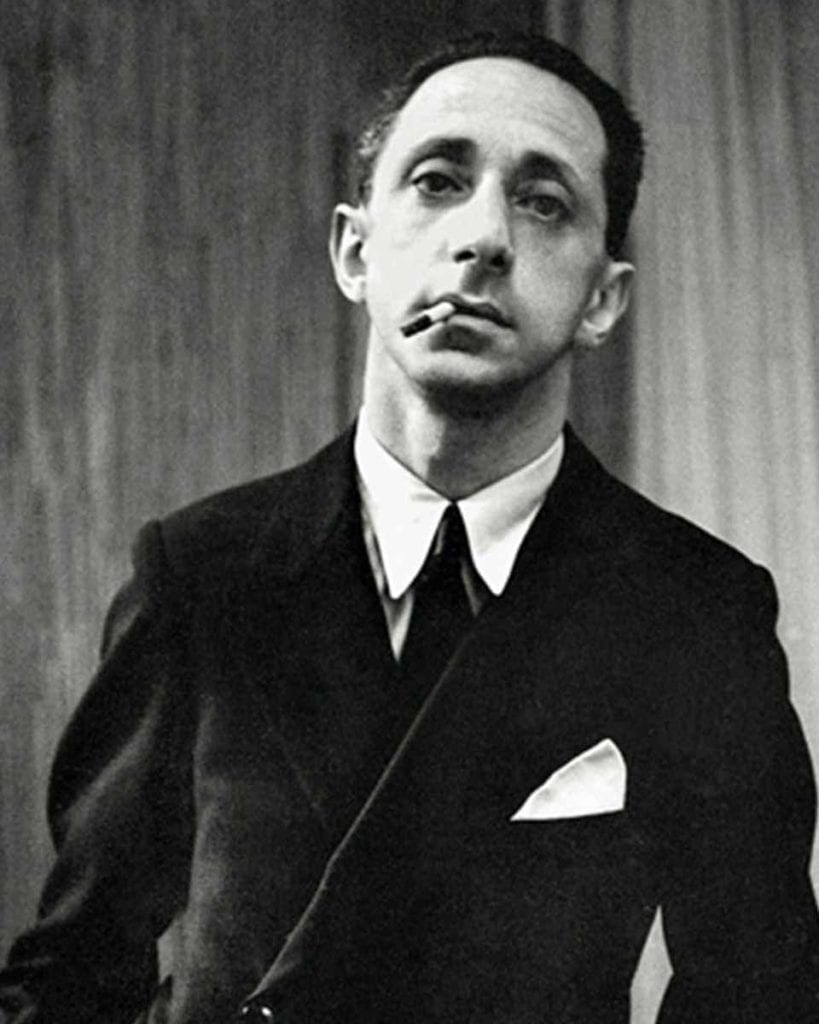 For any enquiry regarding the work of Jean-Michel Frank

Revered as the undisputed genius of Modernist French design, Jean-Michel Frank was most known for his refined, minimalist style. Passionate about art and literature, he became a designer and interior decorator almost by accident, when the famed poet Louis Aragon asked him to decorate his apartment. Soon, all the Parisian literati and glitterati, fascinated by his unique style, entrusted him with their homes.

“You can furnish a room very luxuriously by unfurnishing it” is probably one of Frank’s most famous quotes, highlighting his taste for minimalism: some of his most iconic interiors are indeed marked by sparingly arranged furniture and creamy whites all around. This hallmark of non-colors was most emphasized by the iconic salon that Frank decorated for Marie-Laure and Charles de Noailles’s hôtel particulier in Paris. Panels of parchment on the walls, compact white armchairs, straw-marquetry side tables, lamps made of quartz, and stunning bronze doors: the room immortalized by Man Ray’s black-and-white photographs has become the paradigm of sophistication.

However, there is more to Frank than just minimalist decors and pure lines. His friendship with the surrealists and Elsa Schiaparelli led him to unveil another side of his multifaceted talent. In the thirties, Frank started playing with colors, and delivered some startling interiors for Elsa Schiaparelli and the Rockefellers. He never quite departed from his funding elements – luxurious leathers, ebony, ivory, brass and delicate shades – but he played with new materials, including rubber, and some striking colors – orange and purple sofas for Schiaparelli, Louis XV – style furniture dressed in sky-blue cotton for the Noailles, …

In the late 1920s, Jean-Michel Frank partners with cabinetmaker Adolphe Chanaux and starts creating furniture and lighting fixtures using uncommon materials such as gypsum, terracotta, mica, graphite, shagreen, straw or parchment. Together they share an eye for sober elegance and pure volumes. They are inspired by history, but Frank makes a point in creating furniture that “lives with its time”.

Jean-Michel Frank was at the height of his fame when he had to flee Paris, hunted by the Nazis. He took refuge in New York, where he committed suicide in 1941. His designs are among the most sought after by collectors, and they still inspire today’s great interior decorators.

The Invisible Collection has the pleasure of presenting some of  Jean-Michel Frank’s designs,  which are re-issued by Ecart International.