Go to content
Paulo Werneck by Etel
Discover the collection 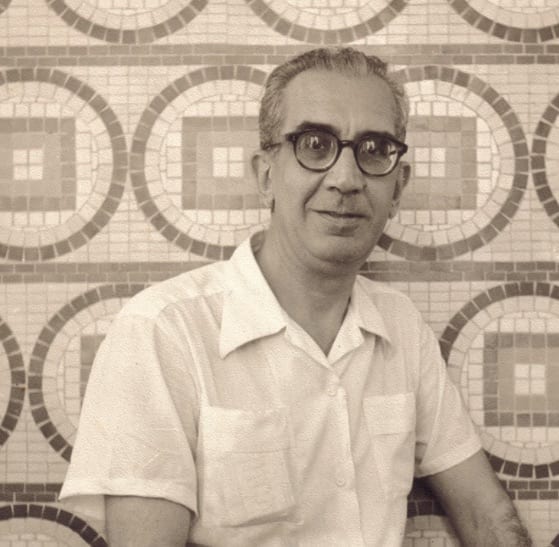 For any enquiry regarding the work of Paulo Werneck by Etel

Paulo Werneck was a man of many talents. A self-taught Brazilian modernist, he created renown murals for influential architects, such as brothers Roberto and Affonso Eduardo Reidy and Oscar Niemeyer. For the latter, he made the murals for the nave of the São Francisco de Assis da Pampulha Church and designed decorations for former Brazilian President Juscelino Kubitscheck’s house in Belo Horizonte, in 1943.

In addition, Werneck created the murals seen at the Maracanã Stadium and Ministry of Finances (in Rio de Janeiro), at the Senate and Itamaraty Palace (in Brasília), and at the Banco do Brasil agency in the Old Recife district (in Recife). He created 300 murals in residential, public and commercial buildings, amongst which are the seven murals installed at the IRB Brasil RE terrace.

He designed the Gaspar, Joaquim, Otto and Yolanda tables as gifts for friends and family, and in them we see his beautiful work as a muralist.