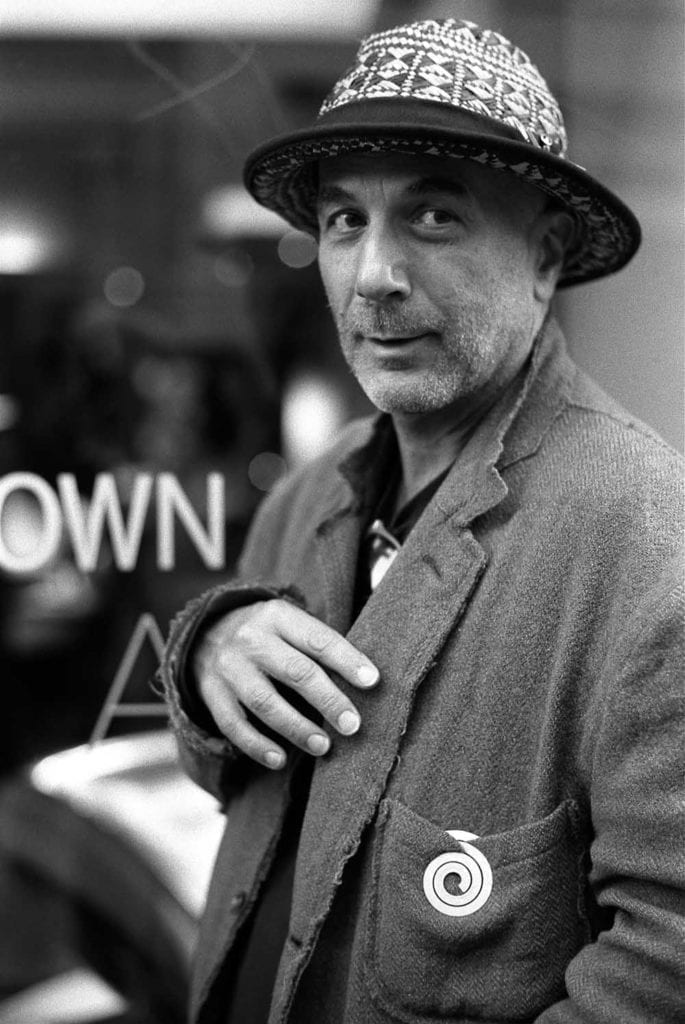 For any enquiry regarding the work of Ron Arad

Born in Tel Aviv in 1951, educated at the Jerusalem Academy of Art and later at the Architectural Association in London, Ron Arad co-founded with Caroline Thorman the design and production studio One Off in 1981. In 1989, he founded Ron Arad Associates architecture and design practice, whilst also establishing a design and production unit in Como, between 1994 and 1998. In 2008, Ron Arad Architects was established alongside Ron Arad Associates.

Ron Arad’s constant experimentation with the possibilities of materials such as steel, aluminum or polyamide and his radical re-conception of the form and structure of furniture has put him at the forefront of contemporary design. His unique talent and bald approach to materials and shapes set him apart: his designs are as much coveted as they are most unexpected; they are popular and at the same time cutting edge. Emerging in the early eighties as one of the most distinctive new talents in the world of design, Arad has always defied easy categorization. Designer, artist, architect, teacher, poet of shapes, master of experimentation… he always finds a way to do things differently; putting out there new ideas that first take us by surprise and then conquer us.

Alongside his limited edition studio work, Arad designs for many leading international companies – Kartell, , Vitra, Driade, Alessi, Cappellini, Cassina, to name but a few – and has designed a number of Public Art pieces, including the Vortext in Seoul, Korea, the Kesher Sculpture at Tel Aviv University, Evergreen in Tokyo, and Curtain Call for Roundhouse, London. A new sculpture, Spyre, was installed at the Royal Academy of Arts in London during summer 2016, whilst 720 Degrees was presented in September at the Singapore International Festival of Arts.  Thought of Train of Thought was part of the Terrace Wires installation programme at St Pancras International station in London in 2017.  In October of the same year, it was announced that Ron Arad Architects, together with Adjaye Associates and Gustafson Porter + Bowman, had won the UK Holocaust Memorial International Design Competition.

Ron Arad was awarded the Royal Designer for Industry (RDI) in recognition of his ‘sustained excellence in aesthetic and efficient design for industry’ in 2002, and was awarded the London Design Medal in 2011.  He was professor of Design at the Hochschule in Vienna from 1994 to 1997, and later Professor of Design Products at the Royal College of Art in London up until 2009, when he was made Professor Emeritus. In 2013, the Royal Academy of Art in London elected him as a Royal Academician. Among his long list of international awards including “Designer of the Year” in many countries, Ron Arad is also a recipient of the prestigious Compasso d’Oro, the Pillar of the Roundhouse, the London Design Medal, The Jerusalem Prize for Arts and Letters, the Oribe Art & Design Award, Gifu, Japan,  the Gio Ponti International Design Award.

Besides the countless number of international exhibitions spanning over 30 years, Ron Arad has been celebrated with three major retrospectives : “No Discipline” at MoMA and then at the Pompidou Centre, and “Restless” at the Barbican.  His most iconic designs are now in the public collections of the most important museums worldwide, as well as in the private collections of design enthusiasts and major art collectors.

The Invisible Collection has the great pleasure of presenting Ron Arad’s AKO chair, which was unveiled at a private dinner hosted by us at PAD London. The striking AKO chair – made in collaboration with OKA – comes in a limited, numbered edition, and is available for purchase through us.